2 Withdraw the needle
The wiring harness is the neural network system of the car, which is responsible for transmitting voltage, signals, and a large amount of data during the operation of the whole vehicle. Especially in the context of the Internet and big data, the wire harness carrier is required to play on-off. Still, higher requirements for the data transmission rate and responsiveness are also put forward. At the same time, due to the limited physical layout space of the wire harness, after-sales Rework brings more significant challenges.
Terminal withdrawal (Figure 2) is a standard failure mode for wiring harnesses. Pin withdrawal means that the terminal does not reach the expected position, making the connector function invalid. Automobile wiring harnesses mainly rely on manual operation, and the difficulty of management and control can be imagined. To better prevent and control terminal withdrawal, the power is primarily carried out from the following aspects: design and selection, process protection, terminal crimping, assembly, Electrical measurement, and assembly. 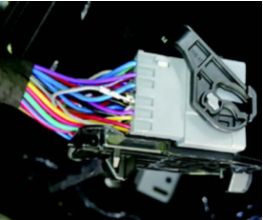 Figure 2 Schematic diagram of connector withdrawal
3 Design selection
The quality is designed and manufactured, not tested. Regarding the prevention of terminal withdrawal, first, start with the design and selection. Here are five consideration indicators (Figure 3).
① Insertion force (Figure 3): How easy it is to assemble the terminal. The smaller the resistance in the terminal pre-installed connector, the easier it is to pre-assemble it in place. Therefore, the first evaluation index when selecting a model is the insertion force. The greater the insertion force, the Smaller, easier to assemble, the less risk of terminal withdrawal. 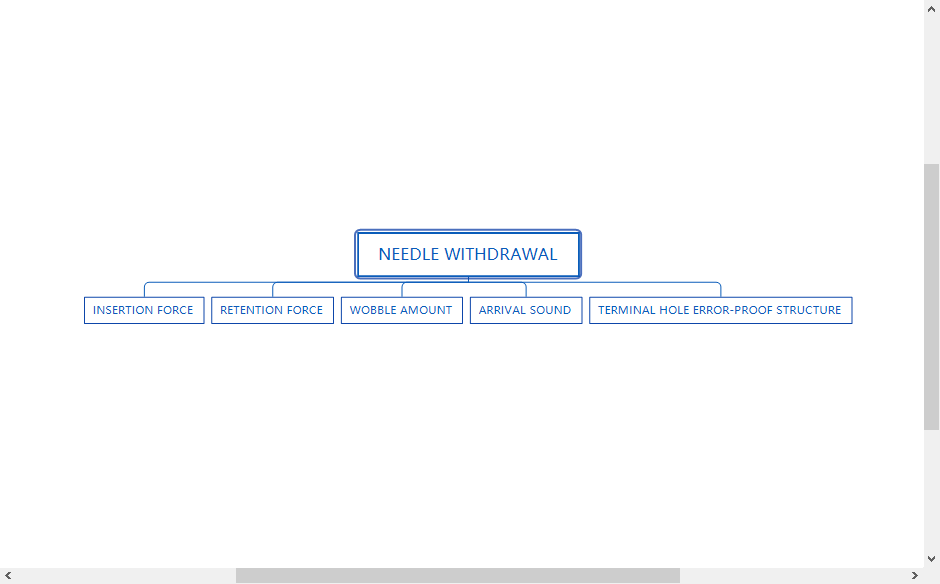 5 terminal crimping
Terminal crimping is a critical link in the production process of automotive wiring harnesses. The main process flow is to connect the electrical system and the terminals and use the machine tool technology to combine the terminals and the circuit. Terminal crimping is also an influencing factor in wire harness production that causes the airport to pull out. The "banana" terminal is a common problem in the terminal crimping process. The crimping mold problem causes the terminal to be excessively bent. When the terminal is crimped and assembled, the insertion force of the connector is increased, and the male terminal cannot be inserted into the effective area of ​​the female airport, and the terminal pin is retracted. Adjusting the limit pin on the crimping device can solve this problem.
Case: The assembly workshop reported that the terminals of a certain model of AC socket were pulled out during the mating process. The terminals had two states. The comparison found that the faulty terminal was banana-shaped. After the faulty terminal was adjusted straight, the plug did not pull out and then adjusted the pressure. After connecting the device limit pin, this problem is completely solved.
6 Assemble
The wiring harness assembly mainly relies on manual operations. In order to better reduce the risk of inadequate terminal assembly, the industry generally follows "one plug, two listen, three pull back," one plug refers to the plug-in terminal, and the second tin refers to the listen terminal. The sound of plugging in place, the three-pull pull refers to the airport being inserted after pulling it to see if the terminal is pulled out. An employee who inserts the terminal thousands of times a day is prone to operating fatigue. To better allow the employee to form muscle memory, we have made adjustments: 1. It is a "pull" before the shift and a break "pull". The pull here refers to the setting of a tensile machine at the operating position. Before the start of the shift and after the break, the employees need to pull the dynamo meter to ensure the employee's insertion force formation. Muscle memory; the second is "one look, two inserts, three listens, four pulls back," the addition of "one look" is to identify terminal deformation, banana terminals and ensure that the insertion direction is correct when inserting. 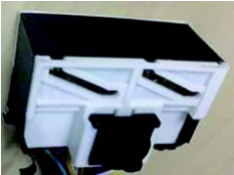 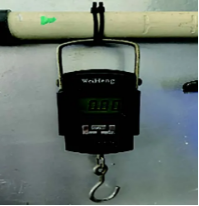 8 assembly
Case: Workshop A reported that it was challenging to install the control panel plug on the left front door of a specific car model in batches (terminals withdrawn). After site investigation and analysis, it was confirmed that the car model was moved from Workshop B to Workshop A for assembly. The employee did not insert it correctly during assembly, causing the female terminal of the wiring harness to be damaged. After ejecting and aligning, the fault disappears after group. This case fully illustrates that employees need to ensure that the male and female end sheaths are aligned (Figure 5) when assembling the wiring harness to reduce the risk of the terminals being ejected due to the misalignment of the male and female end sheaths during the assembly process.
9 Conclusion
This article analyzes the factors that affect the withdrawal of automotive wiring harness terminals and conducts specific research on the prevention and control of design selection, wiring harness manufacturing, process protection, assembly methods, etc., which guides the design and selection of wiring harnesses. , It also offers specific opinions for the management and control of the wiring harness manufacturing process and provides specific methods to analyze failure modes.