olink technology news---- WHAT IS A WIRING HARNESS? 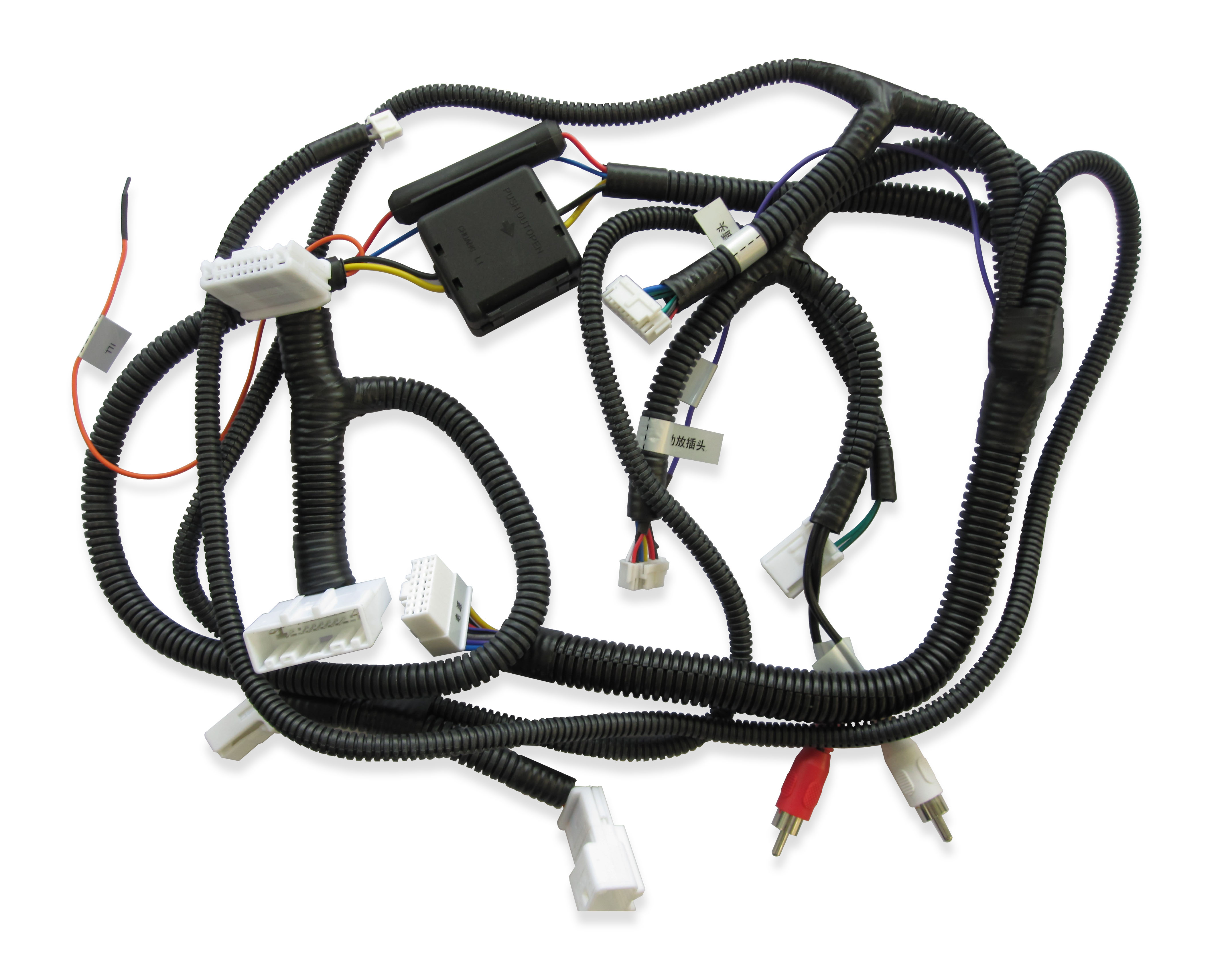 HOW MANY HARNESSES PER VEHICLE?

AMOUNT OF WIRE AND TERMINATIONS

A compact or “C-class” car has 1.2 km of wire in it, and more than 90% of this is 0.5 mm in diameter, or greater, according to a presentation at CRU’s 2012 Wire and Cable Conference by Francois Schoeffler of Acome. The compact class has the largest quantity of any segment. In 2013, auto makers produced 26 million compact cars – 30% of the year’s car and light truck production. This means more than 30 million km of insulated wire was used just for compact cars last year.  German car manufacturer BMW says the power systems in its largest models can have up to 3 km of cable and cable systems that weigh up to 60 kg. In a 2013 presentation for the Electrical Wire Processing Technology Expo, Dr. Don Price, an official with Ford Motor Co. and the US Council For Automotive Research, noted that there are 1,000 “cut leads” (wire ends) per vehicle in the wiring harnesses.

In addition to the large number of terminations, harness designers must address a wide range of requirements for wire size, environmental reliability, and ease of installation, all while minimizing overall harness size, weight, and cost. Generally, the harnesses are designed for specific models or platforms. Of course, most car models can be ordered with optional features, or a mix of feature sets. This adds another level of complexity for the assembly plant – stocking, managing, and installing different complex harness sets. Thus, harnesses also are designed to optimize ease-of-handling during the assembly process.  Sometimes multiple functions are grouped together, with harness makers supplying a main-body harness, or other complex assemblies with many cables taped or wrapped together. Examples include the door harnesses or a front-end harnesses used by some companies.

Some of the wiring in vehicles supports critical safety features. For example, wiring for steering, braking, and engine controls must meet stringent reliability requirements, including specifications for temperature ranges, vibration, and corrosion. These requirements affect the conductors, terminations, and jacketing materials. Cars also can have as many 30 connectors in the systems that control airbags, seat position, and other safety restraints.

HOW HARNESSES ARE MADE?

In this list, the third process, mounting the terminations, has many steps and variations depending on the type of conductor and the type of connector. Termination processing can include different surface treatments for the conductors, crimping, bonding, and sealing, and attaching various boots, clips, receptacles, or housings.

Machines effectively can accomplish some of the harness processes listed above, such as cutting, stripping, and crimping. Otherwise, there is considerable labour involved in positioning the cables and attaching hardware. BMW offers the following observation in a description of the harnesses in its cars: “Due to their high complexity, wiring harnesses are only manufactured in an automated process in very small runs. Approximately 95% of the manufacturing is done by hand on so-called design boards.” According to international trade data, 11 countries exported more than US$1 billion of vehicle wiring harnesses in 2013. Mexico’s exports were the largest, at US$6.5 billion. China was second, with US$3.2 billion, followed by Romania, Vietnam, US, Morocco, Philippines, Germany, Poland, Nicaragua, and Tunisia. These top exporters show the role of Eastern Europe, North Africa, and Southeast Asia in global harness production. Although Germany is not a low-cost labour market, several of the major harness companies have headquarters, design and testing labs, and logistical centres in Germany. (Slide 7)

THE GROWTH IN HARNESS EXPORTS

Note that the 10-year CAGR of 9% for harness exports is higher than the 4% CAGR of car and light truck production from 2003 to 2013. The harness export percentage is based on value in US$, and the vehicle production percentage is based on unit quantities. The harness export value includes the value of the copper conductors, and the price of copper increased with a CAGR of 15% from 2003 to 2013.  CRU estimates the copper conductor to be 15% to 20% of a wire harness’ total value. This means that the rise in copper prices is a minor contributor to the difference in harness and vehicle growth rates. The main factor is the increase in the number and complexity of wiring harnesses in recent years as more electronic features and electrical systems are built into cars. 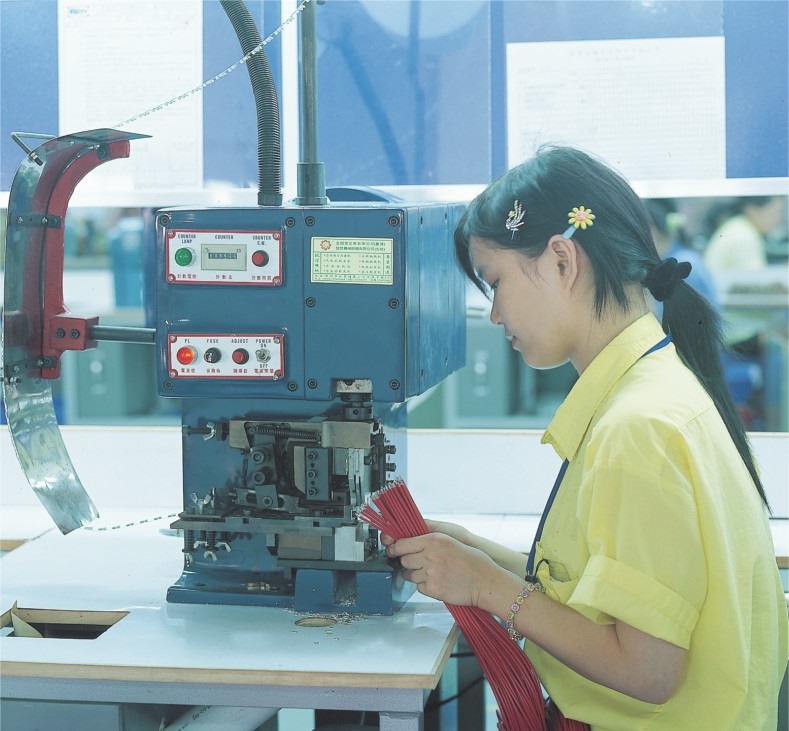 Some of the countries with harness exports between US$10 million and US$100 million are relative newcomers to the industry – harness production has begun within the last two or three years and is ramping up sharply. Cambodia, for example, had zero exports until 2012, when Yazaki and Sumitomo Wiring Systems established harness factories there. Yazaki’s factory opened late in the year. Cambodia’s exports were US$17 million in 2012 and US$74 million in 2013, which is a 334% year-on-year increase. Ford Motors also opened a new assembly plant in Cambodia during 2013.  Another newcomer is Paraguay. Fujikura opened a wiring harness plant there in October 2011 and expanded operations with a second plant in September 2013. Paraguay also has a relatively new auto assembly plant – a Dongfeng and Nissan joint venture that began operations in 2011. Other markets that show substantial increases in harness exports in recent years include Costa Rica, El Salvador, Egypt, Macedonia, Moldova, and Serbia.

MARKET SHIFTS SINCE THE RECESSION

EXPORTS ARE ABOUT 75% OF TOTAL MARKET

The trade data is useful to show the role of low-cost labour markets in the world’s wiring harness industry, but many auto makers use harnesses made in the same country. For example, the trade data show strong harness exports from China, India, Indonesia, Mexico, Morocco, and other countries that also have car and truck assembly factories. CRU estimates that total wire harness consumption in 2013 was US$43 billion, including both domestic and imported harnesses.

The data on international trade is available in terms of value (US$) and weight (kg).  Countries such as Argentina, Canada, Italy, Sweden, and the UK have car or truck assembly plants but no harness factories. In such countries, the data on harness imports can be divided by the number of vehicles produced to derive the average value and weight of wiring harnesses per vehicle. The results show a range among different countries, reflecting the mix of different vehicle size and price (feature) classes made in each country.  In 2013, for example, the harness value per vehicle ranged from US$300 for Argentina to more than US$700 for some markets in W. Europe. The difference is attributed to the mix of car models produced, with countries such as Germany, Sweden, and the UK having a higher percentage of large and luxury class vehicles. The average harness value per vehicle in Italy was US$407, and Italy’s mix of small, mid-size, and large vehicles is similar to the mix for the world total.

Considering the mix of vehicle types and the wide variation in harness imports of different countries, CRU has estimated the worldwide average harness value per vehicle at about US$500 in 2013. This value has increased with a CAGR of 10% from $200 in 2003. As noted before, the increase in copper prices has made a small contribution to the rise in harness costs, but the main factor has been the increasing number of terminations per vehicle.

Using the trade data on harness imports in tonnes, CRU has estimated the average kilograms of wiring per vehicle for the cars and light trucks produced worldwide in 2013 to be 23 kg. The quantities by country range from below 10 kg per vehicle in some emerging markets that have a high percentage of basic or sub-compact models, to more than 25 kg per vehicle in some advanced markets with more large and luxury-class cars. 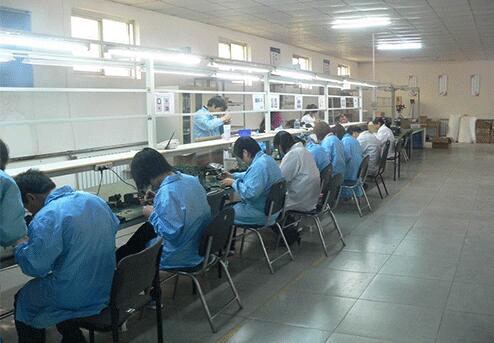 WHO MAKES THE HARNESSES?

The bulk of automotive wiring harnesses are made by independent auto parts manufacturers and companies specializing in wiring harnesses. In previous decades, some of the large automotive firms owned harness-making subsidiaries, but these have been divested, in most cases to the large harness specialists. In most cases, the harness companies sell to multiple carmakers. The top tier of harness manufacturers includes the following companies (in alphabetical order): Acome, Delphi, Draexlmaier, Fujikura, Furukawa Automotive Systems, Kromberg and Schubert, Lear, Leoni, Sumitomo Wiring Systems, and Yazaki.  These companies all have harness factories in multiple locations. Yazaki, for example, had 236,000 employees at 237 sites in 43 countries as of June 2014. These top-tier companies also have joint ventures and affiliates in many countries. Sometimes the JVs or affiliates have different company names. A second tier of auto harness makers includes Idaco, Lorom, Lumen, MSSL (a joint venture of Samvardhana Motherson Group and Sumitomo Wiring Systems), Yura and many others.